According to my records, this is the fifth time I’ve made Raspberry Belgian. It is one of my favorite recipes, without a doubt. The process is a fair bit of work, and it’s not the cheapest thing to brew, but WOW, are the results worth it!

My approach to this has morphed considerably over the years, and there are inevitably some variations in ingredients and process. So, every time is different, even if they’re all more or less in the same flavor space.

As before, the key to this recipe is using fresh/frozen raspberries. Tons and tons of raspberries–4.5 pounds, to be precise. I used just frozen ones this time, which I thawed and pureed before adding to the fermenter. Canned purees just don’t “pop” in the same way. For souring, I tried out the Lactobacillus Blend from Omega Labs, which is what the local shop had on-hand. Past versions of the recipe used acidulated malt in the grist, which was a hold-over from the original “bacteria-free” version, and I decided to just ditch that because it was unnecessary.

I’ve brewed this beer at least three or four times, and I keep coming back to it as one of my very favorite recipes. It’s crisp, it’s low alcohol, it’s flavorful, and it’s well out of my usual brewing styles. I wouldn’t want this year-round, but it sure is a nice treat every once in awhile!

My personal take on this recipe–which started out as a clone of Funkwerks Raspberry Provincial–has evolved since I first brewed it in 2017. Every batch is a bit different, especially in the souring strain and the type of raspberry puree added. It never fails to be a great beer.

I had about 2 cups of raspberry puree left over from the can I added into my in-progress Raspberry Belgian, and was at a bit of a loss as to what to do with it. I didn’t want to let it go to waste, but it’s also not really the sort of thing you can use that readily (outside of a smoothie, I suppose, but I think fresh fruit is way tastier for a smoothie).

Suddenly…inspiration! With grilling season well at hand here in southern California, I decided to roll the leftover puree into a nice marinade. My intention was to make something slightly smoky/sweet/spicy, and the end result definitely succeeded!

This was somewhat thrown together, so the recipe below is just general proportions. So, you should probably modify to taste. You could probably substitute any reasonably “hot” pepper into this–we just happened to have some jalapeños in the freezer. 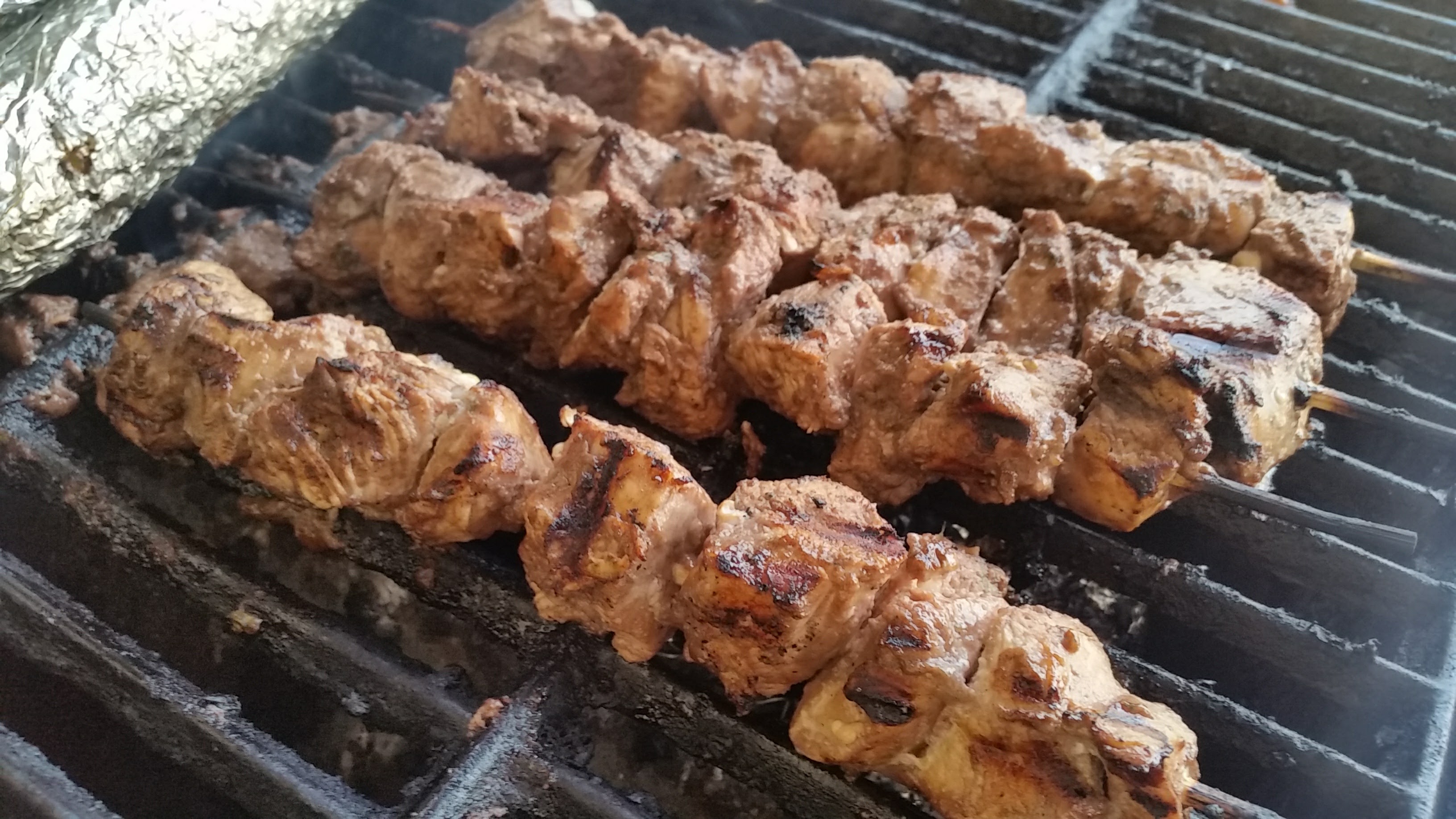 I had a bit of uncontaminated marinade set aside, perhaps a quarter cup total. I mixed this with about a cup and a half of non-fat yogurt, a teaspoon of garlic, a dash of paprika, and a teaspoon of lime juice, for a really tasty yogurt sauce. This made a nice accompaniment for dipping the grilled chicken (as well as the vegetables I also grilled). We have a bit left over, so I think it will be going onto some fish tacos later this week.