There’s lots to report with kegging and fermentation for a few recent batches. So, here’s what’s new:

My first attempt at a Bohemian pilsner turned out reasonably well, but it also had a few areas of potential improvement. The flavor was a little less well rounded than I hoped for, so I aimed for a brew that added in a small percentage of crystal malt. Additionally, the color on my previous batch was a touch paler than desired, so for this version I’m adding in a tiny percentage of Carafa II to deepen that up a bit. 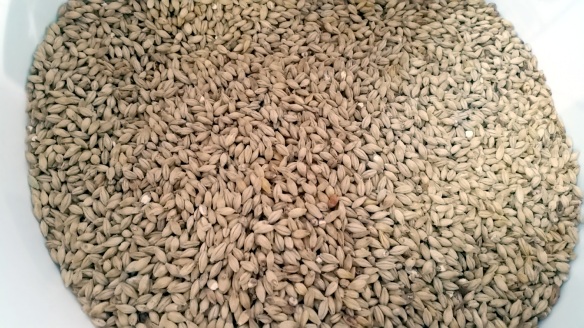 The recipe today is very loosely based on “Czech It Out” pilsner, published in the January/February 2017 issue of BYO. I’ve made some substitutions and adjustments for the malts and hops, but the overall gist is still there. Lots of Bohemian malt, lots of Saaz hops! Note that I did use a touch of Warrior for the bittering addition; my on-hand Saaz was low in alpha, so I needed to beef up the bittering with another hop. I also had to substitute in American crystal malt for Carahell, based on what was at my local homebrew shop.

I had a few members from my homebrew club over for the brew afternoon. Although I can do pretty much everything solo, it was nice to have the extra company!