I brew this recipe nearly every year, with only minor variations–usually in yeast or corn form. The 2022 version is another winner! I rolled it out with Diamond Lager Yeast for something a shade different.

Another go at my favorite beer of last year, Alta California Lager. I made a few minor adjustments for this iteration, to simplify brewing. Specifically, I used flaked corn (rather than a cereal mash with grits), and used the Imperial version of the Mexican lager yeast instead of White Labs’ version, due to availability at my local shop.

It’s late spring in California…theoretically, this should be a warm time of the year. A few months back, I wanted to have a clear, clean, tasty Mexican-style lager on hand for the anticipated afternoons out on the patio. It’s ended up being a cooler and rainier stretch than I expected, but that hasn’t hampered my enjoyment of this beer.

I’ve never brewed a Mexican-style lager in the vein of Corona or Modelo before, so this challenge started with some research. Corn is a key ingredient–but when I stopped by my local shop, they had just sold out of their last flaked corn (everyone else had the same recipe plans, I guess)! So, I took the suggestion to try a cereal mash with corn grits. This contingency plan apparently made all of the difference.

My recipe is based primarily on the Light Mexican Lager recipe in the May/June 2017 issue of Zymurgy (by Amahl Turczyn). The name for this recipe is an homage to the old provincial name for my part of California. It has little link with anything historical, because Alta California ceased to exist before German brewing techniques were widely adopted in Mexico…

This beer is going down as a legendary batch–I had fun brewing it with my dad (we rarely get to brew together because of the distance), and the beer tastes amazing. The cereal mash was a ton of work and substantially lengthened my brew day, but the results were worth it.

White corn grits, ready to go into the cereal mash 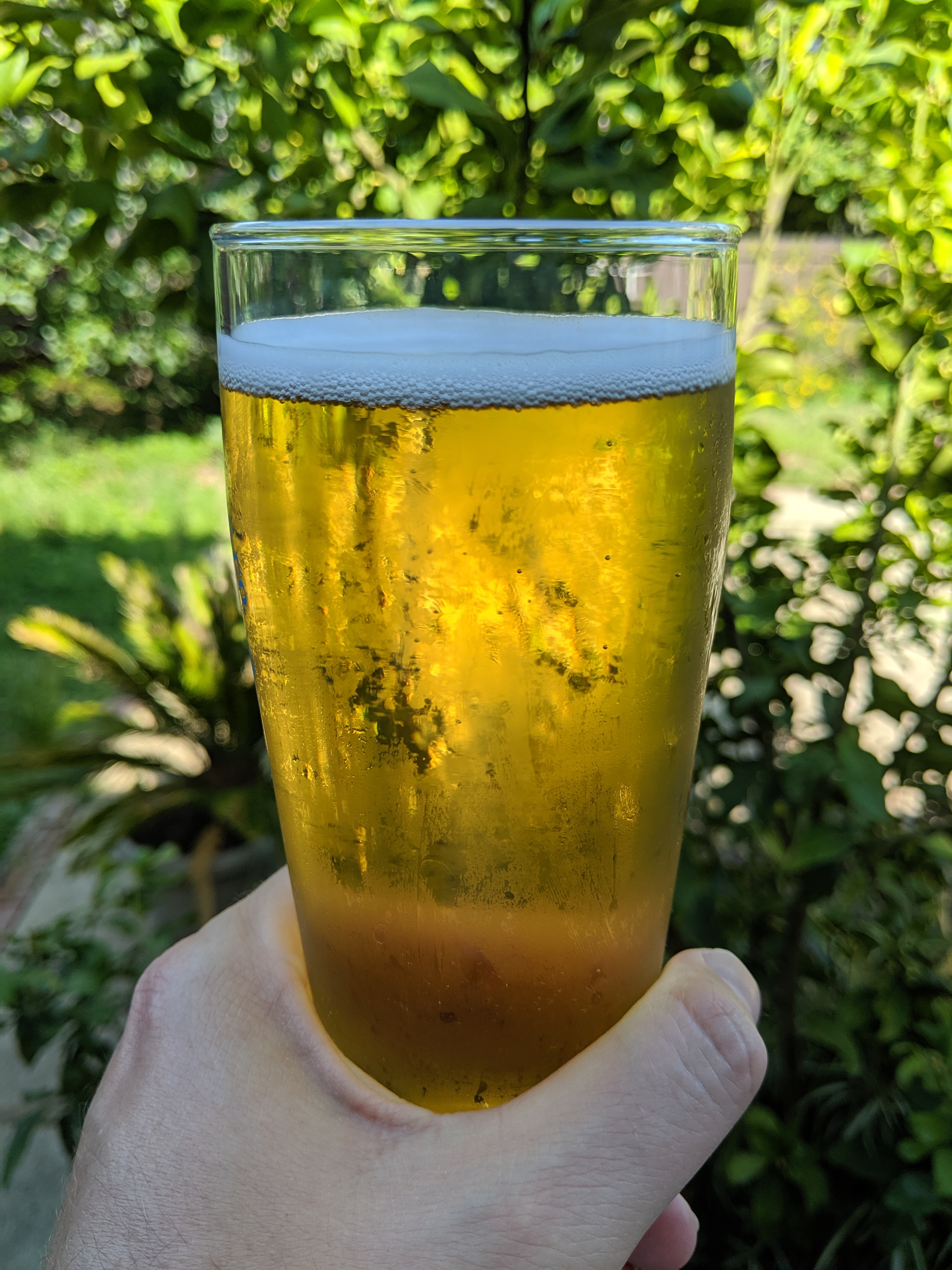