The recipe is patterned after a BYO clone recipe for Southern Tier’s Warlock Imperial Stout, in the September 2017 issue. I scaled it down from 5 gallons to 3 gallons, because I didn’t really want a massive quantity of a ~10% abv beer. To up the malt complexity, I subbed in Vienna malt for the recipe’s 2-row, and subbed Warrior in for Chinook hops. Because this is such a high gravity beer, I assumed 70% mash efficiency (which turned out to still be a bit high). My local shop didn’t have WLP022 (Essex Ale yeast) in stock, so I opted for Mangrove Jack’s M15 (Empire Ale). 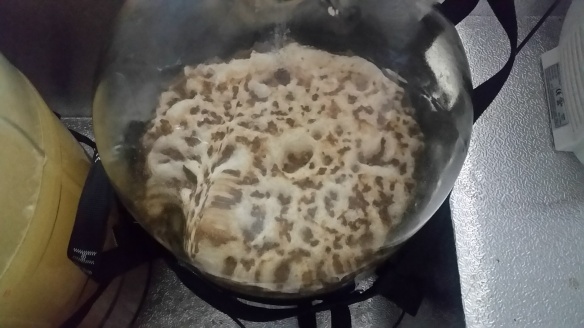