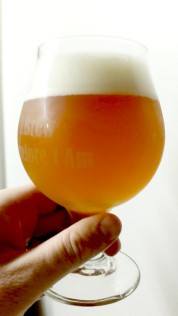 After 5 weeks in the keg, it’s a good time to formally taste my latest session IPA! Overall, it seems like I’m about one iteration away from the “house recipe.”

On Falconer’s Flight 7C’s: I quite like this hop blend. It basically says “West Coast IPA.” And despite the slight shortcomings for the bittering profile in this particular recipe, I think it would be fine for bittering in a bigger beer (i.e., a standard strength IPA). It’s just a _touch_ much for a session IPA.