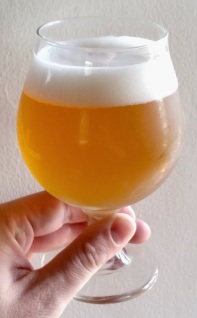 My Pannotia White IPA has been on tap for about two weeks; it seems like a great time to evaluate the beer and reconfigure it for its next iteration (and there will be another iteration!).