My first foray into a pilsner is nearing the end of its keg, so I wanted to make sure to get a tasting in before it was gone. I served it at a recent party, which depleted a good chunk of the supply, and gave away a few growlers, also. It’s not that I don’t like the beer–I do!–but I didn’t want to tie up too much equipment with something that required unique handling for serving temperature (cold, cold, cold) and carbonation pressure (high, high, high). 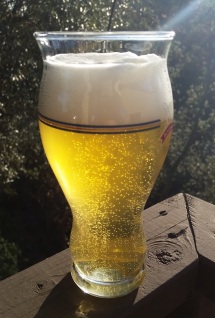 This entry was posted in pilsner, Pre-Prohibition Pilsner and tagged 3P, D3P. Bookmark the permalink.
%d bloggers like this: